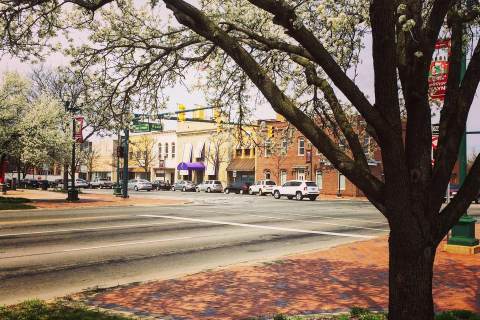 Wayne is a city in Wayne County, west of Detroit. Wayne has a long history of automotive and transportation related manufacturing. Ford Motor Company currently has two plants here; Wayne Stamping & Assembly and the Michigan Assembly Plant, formerly known as the Michigan Truck Plant. The city, located on the Lower River Rouge which bisects the city, is bound on the north by Glenwood Road, the west by Hannan Road, the south by Van Born Road, and on the east by Merriman Road. New projects have included a fire station on Wayne Road, a new police station on Michigan Avenue, and a new Department of Public Works on Forest. Also in 2006, the Downtown Development Authority launched several beautification projects including a streetscape and parking lot improvements.

The Wayne-Westland Community School District operates public schools serving the city. Wayne is home to 17 neighborhood parks and playgrounds. An annual fireworks display takes place at Attwood Park. A Goudy Park Concert Series is held during the summer season. The community center has an aquatic area, basketball courts, Racquet & Exercise Club (REC), and the Oakbridge Suites Banquet Facility. The facility is currently operated by HYPE. The Senior Center is located at the corner of Wayne and Sims Roads and offers programs to those 50 years and older. 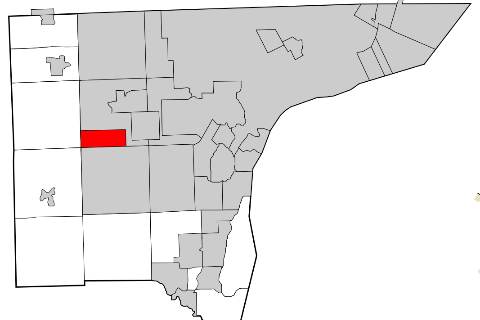 Wayne was settled in 1824 by George M. Johnson who built a two-room log house on the old "Chicago Road" which is now Michigan Avenue. Later, Ezra Derby, who is credited for founding Wayne, began to subdivide land and established a cemetery and mills along the lower branch of the Rouge River. The town was named after General Anthony Wayne, under whom an early settler had served in the Army. Early on Wayne was a farming town, but in 1888 manufacturing began when Prouty and Glass Carriage Company of Detroit opened. The railroad and manufacturing spurred an economic boom and soon Wayne was the center of commerce in Western Wayne County. Michigan Avenue once boasted a thriving downtown with the sounds of interurban rail cars running between Detroit and Jackson. The turn of the century introduced the motor car and Harroun Motors Corporation opened to take over the fledgling Prouty and Glass Carriage Company. Later on, Gotfredson Truck Corporation and Graham-Paige Company continued the tradition of building automobiles in Wayne. The Great Depression slowed production but after World War II Wayne saw a large boom in activity once again. In 1953 Ford Motor Company began construction of a large plant on Michigan Avenue which now employs over 4,000 people.

The city's built environment saw significant change in the late 1960's when Urban Renewal began. Michigan Avenue was divided and widened to divert eastbound traffic around the downtown. Additionally, a significant portion of the commercial district was demolished to make way for more "modern" buildings including a large shopping mall that never succeeded. Today, the downtown is still recovering from those actions, and while our city sees over 40,000 vehicles per day, mere remnants of the downtown's historic fabric remain.