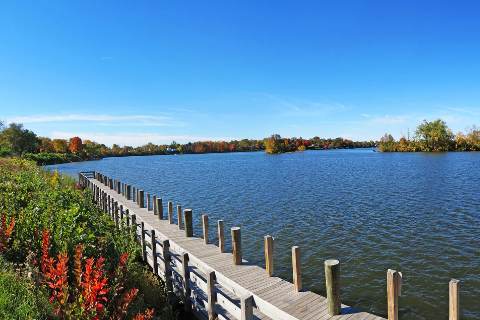 Belleville is an attractive community nestled on the peninsular shores of beautiful Belleville Lake, a picturesque setting with tree lined neighborhoods, a traditional Downtown on the Lake and enhanced by beautiful parks. Belleville also hosts a planned industrial park along the railroad corridor. Located only a few miles from several main highways, including 1-94,1-275 and US-23, and just minutes from Metro Airport and Ann Arbor, Belleville has much to offer anyone seeking opportunity and a superior quality of life.

Well-groomed residential neighborhoods blend grand turn-of-the-century homes and tasteful new dwellings. Children and adults enjoy the inviting parks and open spaces of the City.
Belleville Lake provides water sports in summer, ice sports in winter, and the backdrop for spectacular sunsets all year round.
The heart and soul of any community is a bustling downtown. The Downtown Business District is alive, filled with diverse restaurants, unique shops, and service enterprises.
The community enthusiastically supports and patronizes the shopping district and its merchants. Civic pride bursts throughout the year with popular events like the National Strawberry Festival, the Taste of Belleville, a free Music Lakeside summer concert series, the annual Booville celebration, Winter Fest, and special holiday celebrations.

Belleville is unique in its ability to encourage and invite development without compromising the local quality of life. Well-planned commercial and industrial sites are available for both new ventures and expansion of established projects. 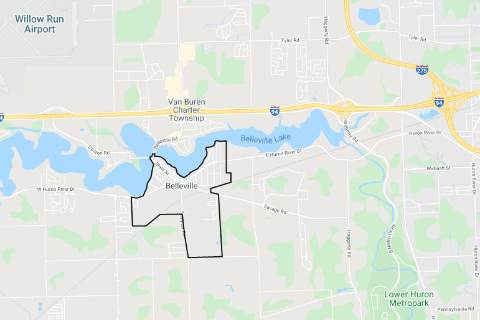 The community was named in honor of landowner James Bell by adroitly choosing the French word for "beautiful town". The hamlet was platted in 1847 with the main thoroughfares still used today designated Main, Liberty, and High Streets. About 1881, the Belleville depot on the Detroit line of the Wabash Railroad began serving travelers from across the region and the country. Belleville was established as a village in 1905, when its governance separated from Van Buren Township by an act of the State Legislature. Located on the Huron River which was a natural trade route, the village had long been a thriving center for lumber businesses with saw mills located along the shores of the river. The large expanses of woodlands were removed to make way for farmland, industry and increasing population.