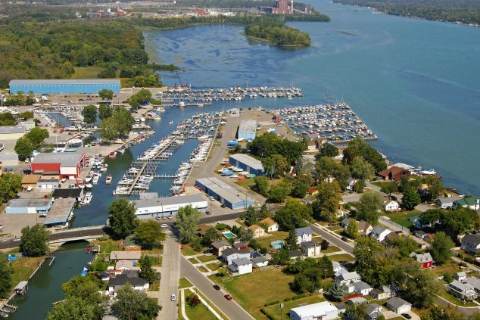 The City of Gibraltar is located in the southeast portion of Wayne County, just a few miles north of the Wayne County/ Monroe County border, and on the Detroit River and Lake Erie . The City is about 25 miles southwest of Downtown Detroit. Gibraltar is bordered by the City of Trenton to the north and Brownstown Township to the west and south, while the Detroit River serves as the border to the east.

Gibraltar also has a significant number of natural resources, including a network of more than five (5) miles of canals, wetlands, and streams. The Detroit River International Wildlife Refuge - Humbug Marsh is in the northern portion of the City and Lake Erie Metro Park is to the south. These two locations allow area residents the opportunity to interact with nature on a daily basis. The Detroit River shoreline includes marina facilities and single-family residential units. A series of canals bisect the City and its four islands, Hall, Edmund, Main and Horse, of residences. The mainland portion of the City is a mix of commercial space and residential units, including senior housing and apartment complexes. 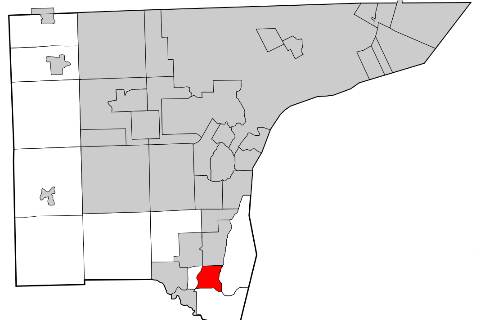 The city is named after Gibraltar, a British Overseas Territory located on the southern end of the Iberian Peninsula at the entrance of the Mediterranean.