Irma Clark-Coleman, D-Detroit, is in her sixth term on the Wayne County Commission after assuming office in 2010. She chairs the Committee on Public Safety, Judiciary and Homeland Security and the Community Corrections Advisory Board. She also serves as a member of the committees on Audit, Government Operations and the Wayne County Land Bank. On February 2015 through October 2018, the commissioner served on the 7-member Detroit Wayne County Metropolitan Airport Authority, which manages and operates Detroit Metro and Willow Run Airports.

Commissioner Clark-Coleman was first elected to the Commission in 2009 after serving for eight years in the Michigan State Senate, 3rd District. Prior to her service in the Senate, she served for two terms in the Michigan House of Representatives for District 11.

Clark-Coleman moved to Detroit from her small rural birthplace in Georgia. She attended Pershing High School and was the first in her family to graduate from college, earning both bachelor and masters degrees from Wayne State University.

In 1967, Clark-Coleman began working for the Wayne County Road Commission in an entry level position. She quickly rose through the ranks to Assistant Public Information Director. She later served as Media Relations Director for County Executive Bill Lucas and Press Secretary to County Executive Ed McNamera. Clark-Coleman retired as Human Relations Director in 1998 and moved to the Michigan Legislature. For the last seven of her 31 years with the county, she simultaneously served on the Detroit School Board, her last 3 years as president.

Comm. Clark-Coleman has been recognized for her influence in the business community by receiving such honors as: the Michigan Girl Scouts "Tomorrow Power" award; Latino Community Mana de Michigan Adelita (sister) award; the American Business Women Association award; the Women of Wayne State University Alumni Association "1997 Headliner" award; the Women Informal Network "1997 List of 150 Most Influential Black Women in Metro Detroit" award and the "2005 Legislator of the Year" award by the Michigan School Social Workers Association. She was presented with the "2016 Women of Excellence Award" by the Michigan Chronicle. 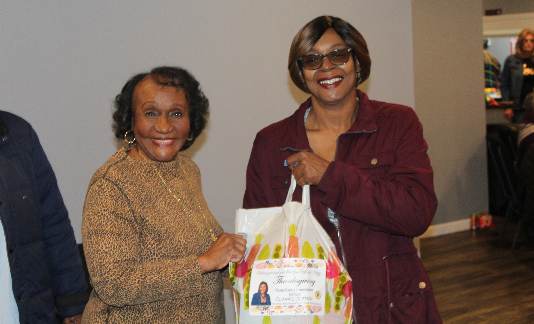