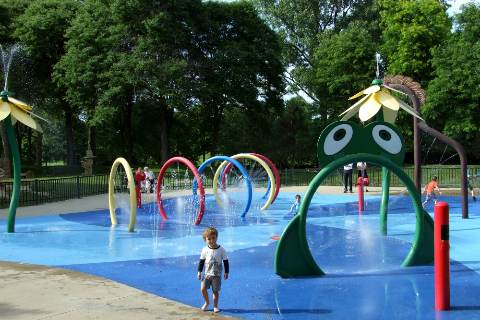 The Plymouth Township Park at Ann Arbor Trail and McClumpha consists of eighty acres and includes a playscape, four premier Little League baseball diamonds with new fences, a very popular meandering walking path with trails up to one mile long, a pond for fishing, and sledding hills for both children and adults. A "Sprayscape" feature opened in June 2003. The park is adjacent to an 18-hole golf course, owned by the Township. The Township has also built a dock to enable handicapped access to the pond.

The Township recently developed a three and a half acre neighborhood park on Ann Arbor Trail, east of Haggerty. Miller Family Park was dedicated on July 2, 2002. The Township recently constructed a premier soccer park on Haggerty Road north of Schoolcraft, called Lake Pointe Soccer Park. This Park has two irrigated soccer fields and a play area. The Compuware Company developed a first class ice arena on Beck Road which is home to USA Hockey. The St. Johns Seminary and Golf Course on Five Mile Road is another example of a private/public partnership. The Inn at St. John's, a 118-room luxury hotel, opened in 2006 and is host to the Concours d'Elegance of America at St. John's. Plymouth Township is a growing community, but the growth is being carefully monitored so that it enhances the developments of the past. 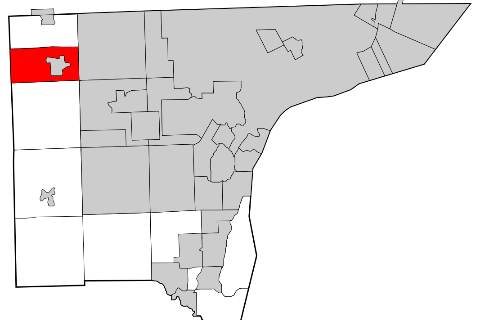 Attracted by the land act of 1820, which made property available at $1.25 an acre, the first settlers arrived here in 1824. The first home was built in what is now the city in 1825. Plymouth Township was organized in 1827, and the village incorporated in 1867.