While serving on the Detroit Board of Education, he introduced a number of policies which remain with the District today. He's most proud of his role in the creation of the Office of Inspector General and the DPS Police Department. Commissioner Kinloch has worked as the Southeast Michigan Community Liaison to Michigan's Governor Gretchen Whitmer. 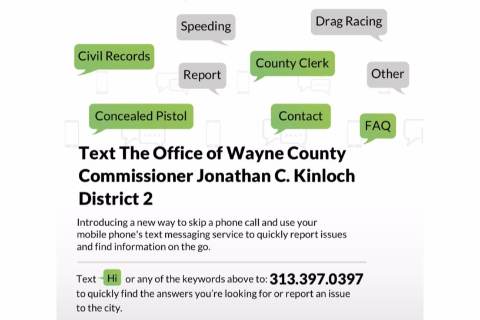 Wayne County Commission calls for return of auto show to Detroit
Wayne County Commissioners adopted a resolution urging the Detroit Auto Dealers Association to continue holding the North American International Auto Show in Detroit, after its decision to cancel this year's show and replace it with an event in Pontiac.