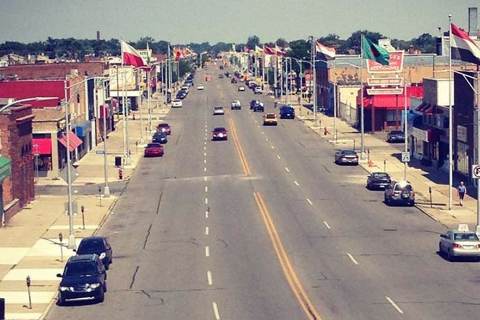 Hamtramck is mostly surrounded by Detroit, except a small common border with the city of Highland Park. Hamtramck lies about five miles from the center of Detroit. The I-75 Freeway roughly runs along this city's western border and I-94 runs near its southern border.

The community is known for its rich Polish Heritage and the home of the Paczki (pronounced poonch-key). The paczki is a Polish doughnut. Historically, Fat Tuesday was an opportunity for Polish Catholics to eat all the sugar, eggs, and lard in their house before Lent. Whether Catholic or not, however, Detroiters knew a good holiday when they tasted it and headed to Hamtramck - the city that has in the past made Fat Tuesday a week-long holiday. There is a good reason Detroiters head to Hamtramck: the city's many Polish bakeries don't stop at one or two varieties of the paczki. In addition to eating paczki, Detroiters can head to Hamtramck to simply celebrate them. The Paczki Run is a 5K run through Hamtramck on the Saturday before Paczki Day. The event is apparently aimed at helping people make room for those paczki.

The Polish Art Center is a local institution in Hamtramck. There, one can find many Polish art objects, books, foods, and art from other areas of Europe. The center's selection of Communist-era Polish theatrical and operatic posters is extremely unusual. 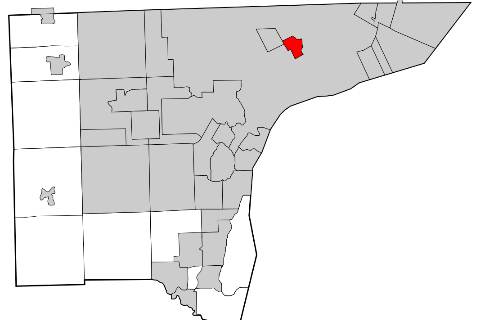 In its earliest days, the area now known as Hamtramck was settled by the French who came largely from Quebec. In 1798, Wayne County was divided into four townships, Detroit, Mackinaw, Sergeant, and Hamtramck. Hamtramck, was named after a French Revolutionary War hero, Colonel Jean Francois Hamtramck (1756-1803). Hamtramck's old world hospitality has its roots in the early 1900's when it was a peaceful German-American farming community with a population of 500. The establishment of the Dodge Brothers automobile plant in 1914 attracted Polish laborers in large numbers and the village quickly flourished.

Between 1910 and 1920 Hamtramck continued to flourish, growing from 3,589 to 46,615: the greatest community growth for that period in the United States. The idea of organizing Hamtramck as a village first arose in 1901. It was finally incorporated as a city in 1922, when it decided to in to protect itself from becoming annexed by Detroit, which completely surrounds Hamtramck. Hamtramck has a strong a diverse economy, however, at one time the automotive industry played a critical role in the city. Chrysler introduced the Dodge (1955) model of its car series here in November 1954.