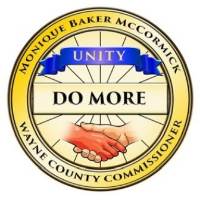 Monique Baker McCormick is a Democrat, mother, Veteran of the U.S. Army, businesswoman and has a master's degree in business from Walsh College of Business and Accountancy. On Nov. 6, 2018, Baker McCormick's birthday and 10th year of advocating for residents of Northwest Detroit, she was elected as Wayne County Commissioner in District 6. She is proudly serving her second term in the community where she was born and raised.

She is a licensed Michigan Real Estate Broker/Owner of McCormick Real Estate and Financial Group a full service real estate company located in Northwest Detroit. She celebrates 26 years in the real estate industry. In January 2021, she was honored with the Most Supportive Realtor/Politician award by the Greater Detroit Realtist Association, a fair housing and civil rights advocacy organization for African American real estate professionals.

She is most proud that in 2020 her colleagues unanimously supported a resolution by Commissioner Monique Baker McCormick to create the Wayne County Commission Youth Council, which is dedicated to promoting youth education, community involvement and civic interaction. Its goal is to bring together youth from varied socioeconomic backgrounds and multicultural neighborhoods to assist in planning, developing and implementing activities and services that help young people have a voice and become socially responsible community members.

As parent president, she was successful in organizing a protest which kept an emergency manager from closing Ludington. In 2015, Monique was nominated by Congresswoman Brenda Lawrence to represent the 14th Congressional District in the prestigious Congressional Black Caucus Leadership Institute in Washington, D.C.

Also, as a longtime member of the Coalition of Labor Union Women, Commissioner Baker McCormick has been committed to fighting to improve conditions for working families. Commissioner Baker McCormick has advocated for jobs not jails, which focuses on education-based incarceration by creating a skilled workforce, increasing residents income and county revenue. As a result, we decrease crime while improving our quality of life.

In Commissioner Baker McCormick's second term, she is continuing to fight the "War on Trash" - an educational anti-littering campaign she created in her Northwest Detroit district. Commissioner McCormick believes that "where there is trash, there is more crime".

So, she partnered with the Downtown Detroit Partnership, Detroit Public Schools Community District and District 6 residents and volunteers to clean up the neighborhoods, requested more trash cans, blight enforcement and education.

The Commissioner purchased and placed decorative trash cans throughout District 6. She coordinated residents to adopt a trash can to maintain and clean near their homes. Students in District 6 schools also participated in beautification projects writing, drawing or creating songs about clean neighborhoods using the slogan "Don't Stop and Drop! "Thanks to hundreds of volunteers, the War on Trash has been a success.

As I prepare this morning (12/18) to attend my colleague and mentor Hon. Jewel Ware's funeral, Wayne County now mourns the loss of another great leader, Wayne County Sheriff Benny N. Napoleon. I want to send my prayers to his family, staff, friends of Sheriff Napoleon and all who loved him.

GETTING TO KNOW WAYNE COUNTY

Frequently called telephone numbers for the city of Detroit. 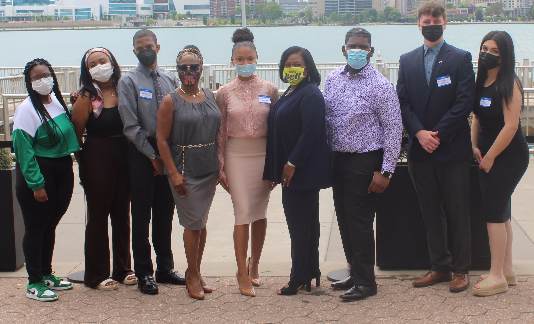 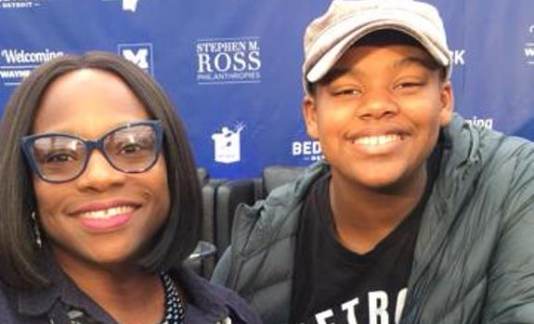 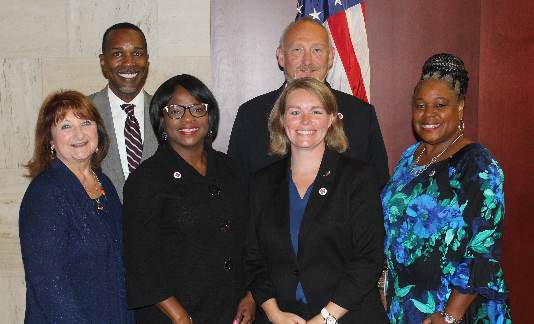 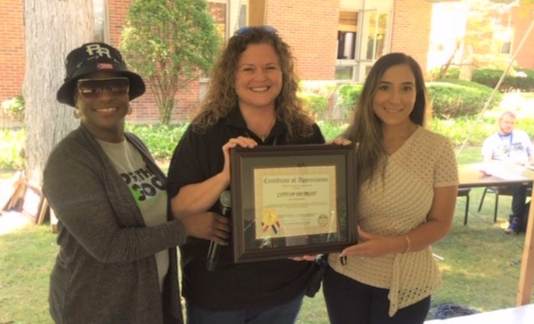 District 6 site to be host for budget deliberations by Wayne County Commission members
Committee on Ways and Means will hold a public meeting on the proposed 2019-20 and 2020-21 county budgets 9 a.m. Thursday, Aug. 15, at the North Rosedale Park Community House, 18445 Scarsdale, Detroit.