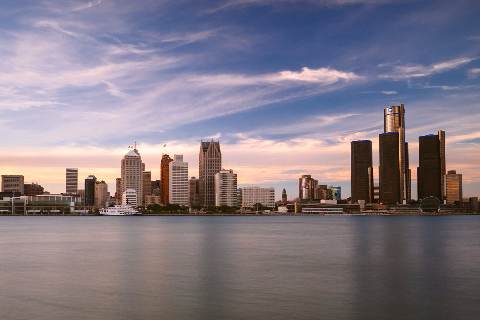 Detroit is the most populous city in the state of Michigan, the largest city on the United States-Canada border, and the seat of Wayne County. Detroit is a major port on the Detroit River, one of the four major straits that connect the Great Lakes system to the Saint Lawrence Seaway. The City of Detroit anchors the third-largest economic region in the Midwest, behind Chicago and Minneapolis, and the 14th-largest in the United States. Detroit and its neighboring Canadian city Windsor are connected through a tunnel and the Ambassador Bridge, the busiest international crossing in North America. Detroit is best known as the center of the American automobile industry.

Detroit was founded on July 24, 1701 by the French explorer and adventurer Antoine de la Mothe Cadillac and a party of settlers. During the 19th century, it became an important industrial hub at the center of the Great Lakes region. With expansion of the auto industry in the early 20th century, the city and its suburbs experienced rapid growth.

Detroit's diverse culture has had both local and international influence, particularly in music, with the city giving rise to the genres of Motown and techno, and playing an important role in the development of jazz, hip-hop, rock, and punk music.

The city is undergoing a transformation, with new entertainment venues, restoration of several historic theatres, highrise renovations, new sports stadiums, loft and office developments, and the revitalization of its riverfront, which has won national acclaim.

The city is home to the Detroit Lions, Red Wings, Tigers, and Pistons. In 2015, Detroit was named a "City of Design" , the first U.S. city to receive that designation. 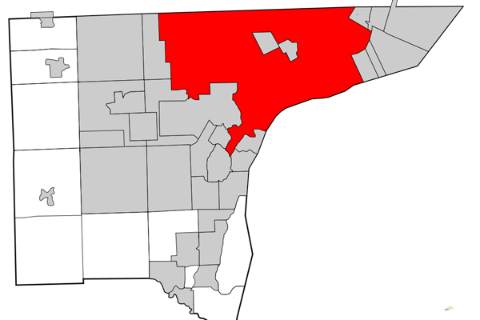 Detroit was founded in 1701 when Antoine de la Mothe Cadillac established a fort and settlement on the site. The name means "strait" in French, and is derived from the narrow river connecting Lake St. Clair with Lake Erie in Michigan. Control of the area passed to the British in 1760. It occupied such a strategic position that even though the British were obligated to cede it to the United States under the 1783 Treaty of Paris, they refused to give it up until 1796. Detroit achieved the status of city in 1815 and was the state capital from the time of Michigan's admission to the Union in 1837 until 1847, when the capital was moved to Lansing. Detroit remained largely a commercial center for surrounding agricultural land until the 1870s, when manufacturing began to dominate.