As a state legislator, Anderson's focus centered on ending bullying in schools, protecting children, reforming the redistricting process and strengthening both consumer protection and government transparency. His legislative service was recognized by numerous organizations. Anderson received the Hero of Breast Cancer Award from the Barbara Ann Karmanos Cancer Institute and also was named Legislator of the Year by Michigan Chiefs of Police, Police Officers Association of Michigan and the Michigan Hemophilia Association. He also was a member of the National Caucus of Environmental Legislators as well as the Council of State Governments Great Lakes Caucus.

In addition to his service in elected positions, Commissioner Anderson has been deeply involved in the community, holding membership in numerous commissions, associations and civic organizations. Not only is he a former Jaycee, he has also been involved with the Westland Goodfellows, Western Wayne NAACP, Churchill High School PTA and many other charitable and community organizations.

Prior to his career in public service, Anderson was employed by Ford Motor Co., and has been a member of the United Auto Workers since 1972. He is also a licensed Realtor. He and his wife, Gail, have lived in Westland since 1978. They have two adult children, Melissa and Kyle, and three grandchildren, Mackenzie, Logan and Luellyn.

Want to stay informed about what is happening in Wayne County and the 12th District? Commissioner Anderson releases bi-monthly e-Newsletters as a money-saving way for residents and businesses to stay in touch and up-to-date. If you wish to receive these e-News updates, please send a request email to district12@waynecounty.com. If you have any questions, or have ideas about possible content for the e-Newsletter, please do not hesitate to e-mail the Commissioner or contact his office by phone at (313) 224-8855. 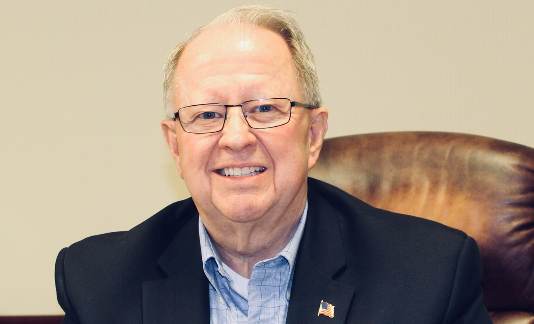