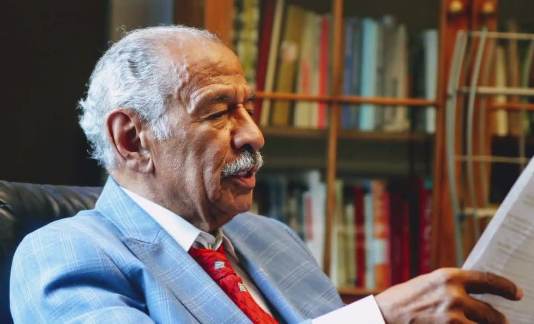 Congressman John Conyers will be remembered for his commitment to civil rights, human rights and justice for all. The United States of America and the world has lost a great man. He took several bold positions during his career such as opposing the Vietnam War, the invasion of Iraq and the apartheid system of South Africa. He also went into the streets of Detroit during the 1967 riot to help bring peace and calm to the city he loved and represented. Congressman Conyers was also the first to introduce a bill to create a national holiday honoring the Rev. Dr. Martin Luther King. I lost a mentor, a neighbor and a friend. My wife Badriyyah and I express our deepest sympathies to his wife Monica, his two sons and the entire Conyers family.