Problem
For decades, Downriver residents and motorists have experienced traffic blockages of 45 minutes or more as trains slow and stop heading into Canadian National's Flat Rock yard, blocking traffic at the Allen Road crossing in the city of Woodhaven.

Proposed Solution
Lower the roadway and build a rail bridge over Allen Road. The grade seperation projects would create a separate bridge for the CN railroad line rsulting in Allen Road going up the railroad line crossing bridge and eliminate lengthy delays for motorists. 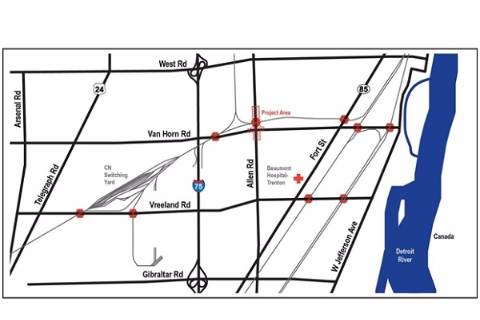 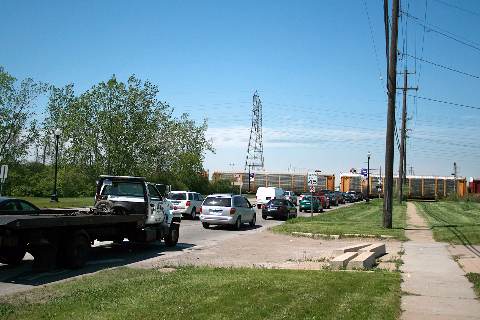 Stoppages
The average stoppage caused by trains is just over 9 minutes, which amounts to more than one hour per day. It's not uncommon for some stoppages to last 45 minutes or more. In one instance in 2014, due to a mechanical failure, trains blocked the crossing for over six hours. 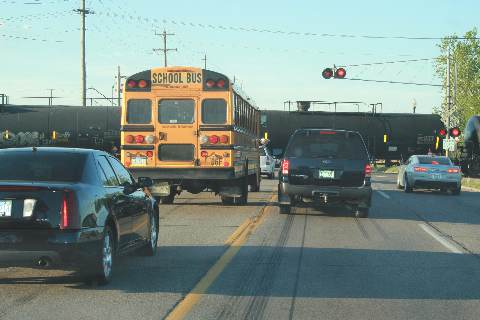 Impact of Delays
Stoppages at the Allen Road crossing congestion impacting the entire Downriver region while delaying commuters, school buses, deliveries and public safety vehicles to one of the region's busiest commercial and industrial corridors. 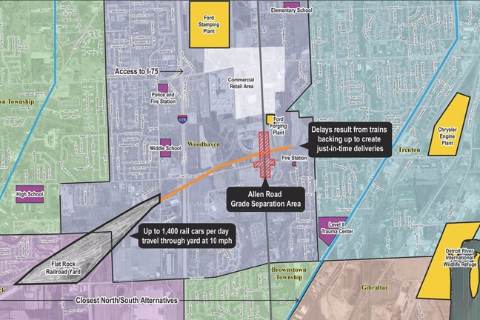 Estimated Costs of the two projects is up to $39 million

*County and city contributions vary based on final project cost.