Action Before Auction to be bigger and better in second year 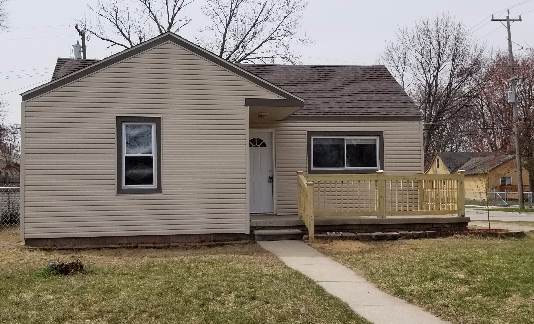 The Wayne County Land Bank's successful Action Before Auction program is poised for an even larger, more focused effort to keep families who are threatened with property tax foreclosure from losing their homes. The program, which began as a pilot program last year, received approval by the Wayne County Commission on Thursday.

Entering its second year, Action Before Auction includes 12 participants (developers, non-profits, community groups) who will purchase 240 residential and commercial properties, preventing them from going to the tax foreclosure auction while keeping as many occupied as possible.

"Foreclosure has devastating consequences for homeowners and neighborhoods. It spreads like a disease, displacing families and devastating property values," said Wayne County Economic Development Director Khalil Rahal. "Action Before Auction is an attempt to intervene in the property tax foreclosure process and help prevent homeowners from losing their property at auction while putting properties back into productive use and growing our tax base."

As part of the purchase and development agreements, the participants are required to work with residents to ensure that all who qualify for home ownership or renters can remain in the homes.

"Those who have not experienced such a traumatic experience can't begin to imagine the effect on a family of losing their home and having nowhere to go. Not to mention the effect on the surrounding community. Action Before Auction is about taking action to repair our communities," said Daniel Rosenbaum, director of the Wayne County Land Bank.

Last year, Action Before Auction included 9 participants and 141 properties. While full year numbers won't be available until November, the results are encouraging. Residents on a total of 49 properties (77%) received a better outcome than if the property had gone to auction by becoming successful owners, renters, and receiving dedicated rehousing assistance. Second, with respect to the remaining properties, blight has been fully remediated, and the required investment has been fully completed, on a total of 60 properties to date. As part of this work, participants have invested a verified amount of $3.7 million into the properties. In all, 92 properties have fully completed all program obligations and contain a successful resident, and 49 are still being closely monitored by the Land Bank. All properties must be complete by November 1, and the Land Bank retains a legal interest in each property until that occurs.

Action Before Auction is designed to directly counter the blight and vacancy that results from property speculation. Generally, tax-foreclosed properties in Wayne County are sold at one of the Wayne County Treasurer's public auctions in September and October, where they are often purchased by speculative bidders who displace residents, fail to maintain homes, and contribute to a cycle of divestment in distressed neighborhoods. A recent study found that 90% of all properties sold at the auction between 2005 and 2015 went to speculators, and 40% of the total went to large speculators who own a disproportionate number of properties across Wayne County. Most properties purchased by speculators return to foreclosure after only two foreclosure cycles.

"The primary purpose of the program is to take advantage of our position as the last stop before auction to act on the recognition that we're not just talking about properties and structures, we're talking about peoples' lives," said Rosenbaum.

Rather than selling at auction, a property placed in the Action Before Auction program will be sold to a qualified participant that has the resources, capacity, and experience to work with residents and rehabilitate the property.

In an effort to improve on last year's pilot program, this year's Action Before Auction program will operate on two separate tracks. Under the first track, participants will work closely with the residents of foreclosed residential properties, with the goal of turning those residents into successful homeowners. Under the second track, participants will focus primarily on remediating foreclosed properties, investing in the properties, and then returning those properties to productive use. Both tracks work together to accomplish three goals: to avoid speculation, to keep residents in their homes, and to promote investment across Wayne County.