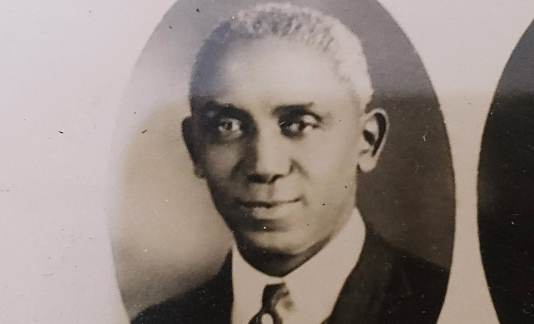 Speaking of Black History Month, I am honored that my family has several inspiring examples of black people who have lived their lives committed to public service in the face of what some might view as insurmountable odds.Here is a photo of my Great Uncle Jacob Cleage, who was a Wayne County Sheriff's Deputy in 1923.

Sheriff George A. Walters, shown in the center of the full group photo, was Sheriff of Wayne County from 1923-1926. Just judging by what I can see in that photo, it appears that there were only three other black Sheriff's deputies at that time; William McLain (bottom left), U. Gary (top, right), and A. Flenroy.It's not difficult to imagine that this was an especially tough job for a black man to get at that time, and probably an even tougher job to keep.

I am amazed that my great uncle was able to achieve this role as a person of color at that time. I always wondered what his reaction would have been to see become me Sheriff and eventually County Executive. I assume he might have been equally as surprised.