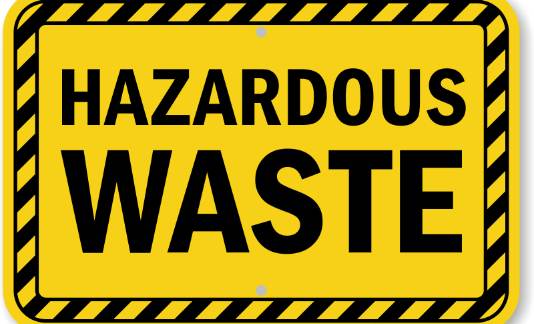 On behalf of Wayne County residents, I am writing to ask that you veto the recently-passed Senate Bill 1196. This legislation would essentially create a loophole in our state's environmental protection rules so that solid waste disposal facilities could accept TENORM waste at radioactive levels up to 10 times more than the law currently allows.

As a practical matter, this exception would likely affect just one facility-U.S. Ecology's Wayne Disposal Landfill in Van Buren Township. This facility collects and stores radioactive fracking waste from out-of-state businesses including those in Ohio, Pennsylvania, and West Virginia where lawmakers have banned or severely restricted the storage of TENORM.

Michigan's most populous county-1.7 million residents-does not want its communities used as a dumping ground for hazardous waste that has the potential to damage our quality of life. As we have seen with other attempts to loosen environmental safeguards, these changes almost consistently result in harm for our poorest and most vulnerable communities.

As your time in office draws to a close, I think reasonable people agree that you've worked tirelessly as governor to ensure both Detroit and Wayne County were able to survive our fiscal challenges to again thrive. Those efforts have allowed us to stem population losses and make Detroit and Wayne County places where people want to live and work. As a Democratic County Executive, I appreciate the political will required for a Republican Governor to support these efforts like you have.

Unfortunately, relaxing the radioactive waste dumping rules has the potential to upend this positive momentum for a large portion of Wayne County. After all, who wants to live near an ever-expanding toxic waste dump or try to attract employees to work near one in a tight labor market?

Wayne County residents and elected officials have repeatedly and consistently opposed efforts that put our health and well-being at risk for the benefit of corporate interests. For my part, I joined with several Downriver community leaders in 2016 at a news conference announcing our opposition to expanding U.S. Ecology's Wayne Disposal Landfill. I also expressed that sentiment in letters to then Director of the Michigan Department of Environmental Quality, Keith Creagh, as well as to the Chairman of U.S. Ecology that documented our evidence-based concerns about the facilities expansion. Additionally, the Wayne County Commission passed a resolution opposing the expansion as well.

It is disappointing that our concerns have been dismissed by lawmakers in a rush to complete their post-election session. Fortunately, our system of checks and balances allow you to correct the legislature's mistake with your veto pen. I hope that you will listen to the residents and leaders of Wayne County when we say our communities cannot continue to serve as a dumping ground for toxic waste. Please veto SB 1196.