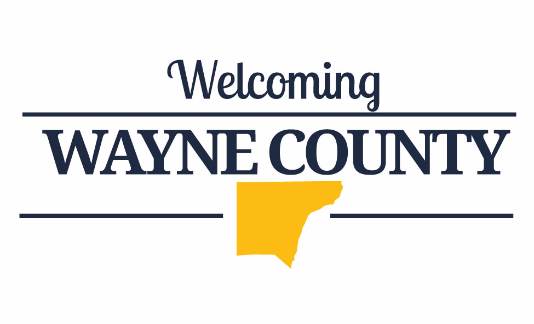 I am writing on behalf of Wayne County, Michigan in response to the Department of Homeland Security's (DHS, or the Department) Notice of Proposed Rulemaking (NPRM or proposed rule) to express our strong opposition to the changes regarding "public charge," published in the Federal Register on October 10, 2018.

As the elected leader of Michigan's most populous county, I am compelled to share my concern about the effect recent proposed changes to the public charge rule would have on countless residents in Wayne County. The proposed rule would cause major harm to immigrants and their families as well as local governments and communities. I urge that the rule be withdrawn in its entirety, and that long-standing principles clarified in the 1999 field guidance remain in effect.

Among Wayne County's 1.7 million residents, roughly 8% are immigrants and refugees. We are indisputable proof that our nation and our local communities are made stronger by rules that foster a welcoming environment for immigrants and refugees. Despite the false national narrative about immigrants creating burdens for our communities, which is perpetuated by proposed change, I can attest that Wayne County's immigrant residents have been, and remain, indispensable contributors to our prosperity and quality of life.

The vibrancy of communities such as Dearborn, Hamtramck, and the neighborhoods of southwest Detroit are largely the product of immigrant residents who value entrepreneurship, hard work, and civic engagement, and contribute far more than any assistance some receive. According to the Partnership for a New American Economy, immigrant-owned firms employ over 150,000 Michigan residents. Global Detroit reports that refugees resettled in southeast Michigan in the last decade have generated more than $200 million in spending, which is responsible for the creation of about 2,000 new jobs.

Representing 43 distinct communities, I also understand that the health of our residents goes hand in hand with the well-being of our state and nation. It is critical to their long-term development that all children residing in the United States are able to receive prenatal and early childhood health and nutrition support. It helps lead to healthier adults who require less costly care over time. That's why multiple states have elected to provide Medicaid and CHIP services to all residents regardless of their immigration status. The federal government should not use the public charge rule to impose upon the states a one-size-fits-all standard for Medicaid and CHIP that ultimately hurts children. The fear caused by this change is already discouraging some residents from seeking services for their children, many of whom are natural born citizens.

The proposed public charge rule changes are also likely to create practical problems for state and local governments, including an increased workload for state and local agencies administering programs. While the expressed intent of changing the public charge rule is to reduce taxpayer costs, it actually may undermine efforts to streamline enrollment processes for public assistance programs. Public assistance programs should prioritize directing resources toward those residents who need help. Changing the public charge rule would undoubtedly shift tax dollars toward unnecessary bureaucratic overhead.

Additionally, it's important to remember that many individuals receiving public assistance are working in entry-level and lower paying jobs. Government assistance ensures low-income residents can pay their rent, purchase groceries, and fully participate in our local economy. Immigrant residents working in lower wage fields such as retail, food service, and personal care sectors are contributing economic value to our communities and to our tax base every day. They should be able to receive public assistance benefits that provide their families with the economic stability to thrive and improve their economic standing. Wayne County has countless examples of successful first-generation citizens who have started businesses that are creating jobs and investment thanks to the support of their immigrant parents who worked low-paying jobs in the hopes their children could achieve the American Dream.

Most troubling for Wayne County's economy is how the proposed public charge rule change could prevent immigrant residents' ability to participate in job training and workforce development programs. This would deny opportunities for economic self-improvement to legal U.S. residents. It also shrinks the available labor pool to employers that are currently seeking talented workers in a tight labor market.

Detroit is one of America's great cities. Its 20th Century economic success was largely built by immigrants, many who came from Eastern and Southern Europe and the Middle East, as well as by migrants both black and white who relocated from the American South seeking opportunities in Detroit's plants and factories. Skilled trades and advanced manufacturing are leading our region's economic recovery. A construction boom is poised to rewrite Downtown Detroit's skyline. It would be nothing short of tragedy if Detroit's recovery was cut short because federal immigration rules created an artificial labor shortage at a time when talented workers are in such high demand.

For these reasons, I encourage the Department to withdraw its current proposal to change the public charge rules. Speaking on behalf of Wayne County, I believe the whole of my constituency is best served by policies that ensure immigrant residents can succeed and fully participate in civic life.

Thank you for the opportunity to share my perspective on the proposed rulemaking. Please do not hesitate to contact my staff to provide further information.

Diversity is our strength,