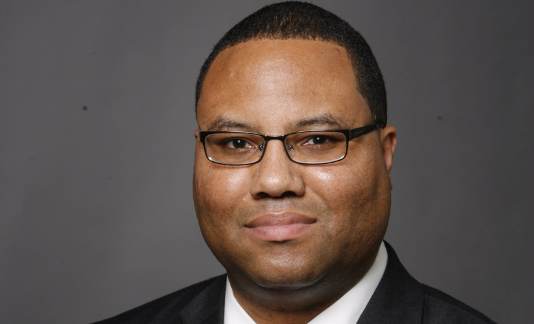 DETROIT - The Wayne County Board of Commissioners has unanimously approved the appointment of James Heath to Corporation Counsel. Mr. Heath had previously been serving in an "interim" capacity since mid-September 2018 after succeeding Zenna Elhasan.

The Department of Corporation Counsel provides legal representation, advice, and counsel to Wayne County, its departments, elected officials, and employees so they can legally fulfill their official duties. Some of the services provided by Corporation Counsel include: State and federal litigation and appeals, civil rights claims, automobile negligence, breach of contract claims, and workers compensation claims.

"I'm very glad that James Heath is joining our team at Corporation Counsel in a permanent capacity. He has already been doing great work for us these past few months. With his background, experience and accomplishments he brings a lot to the table to help us continue to improve our level of service to Wayne County," said Wayne County Executive Warren C. Evans.

Mr. Heath has held a number of titles prior to joining Wayne County. In August 2012, he was appointed by Detroit City Council to be the city's first Inspector General where he served a six-year term. Prior to that, he served as an Assistant Attorney General in the Criminal Division of the Michigan Department of Attorney General where he prosecuted embezzlement, environmental, and fraud cases. Prior to joining the Criminal Division, he served in the Health Care Fraud Division.

"I look forward to serving as Wayne County Corporation Counsel and contributing to a strong team of lawyers. My entire career has been focused primarily on public service, and I view this as an opportunity to continue that work to serve the people of Wayne County," said Heath.

Before working for the Michigan Attorney General, Mr. Heath worked as an Assistant Prosecutor in Wayne County as a member of the Public Integrity Unit from January 2006 until August 2007.