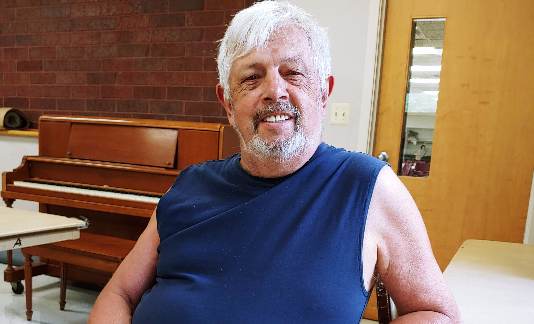 For John Nashel, helping other people doesn't have to be complicated. Just do it because it's the right thing to do. And because sometimes doing the right thing leaves you with a feeling of satisfaction that is hard to match.

"John works five days Monday through Friday. He does two, and sometimes three routes for me. He is very dependable and whenever I need him he is there for me," said Eva Dobson, the site manager at the Kennedy Memorial Building Meals on Wheels facility in Lincoln Park where John volunteers for meal delivery.

When asked what specifically made John want to volunteer, he replied, "Well my wife started doing it and I just thought it was something nice to do for seniors. I'm 71, so I'm not that far away from being on the other side of that door. And it's good work. It's meaningful work."

As for what he likes the most about volunteering?

"How grateful people are to get food, and it's a very easy thing to do. And it's just driving around delivering food, it's not that hard. I know they're grateful for it," he said.

So what would you say to someone to encourage them to volunteer?

"When I was hungry, you gave me to eat. There's people that have legitimate needs that need to be filled, and it's such an easy thing to do."

And that about says it all.