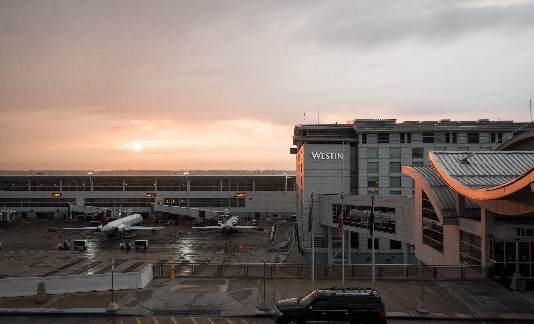 More than 34 million travelers pass through the Detroit Metro Airport (DTW) every year, which is why the DTW is a key touch point for any effort to contain or address communicable viruses such as Hep A. The disease has been grabbing headlines in recent months as one of the most potent threats to public health in recent years.

Carol Austerberry, the Director of Wellness for Wayne County, figured it was a no-brainer to establish a pop-up clinic on-site at DTW to attack the problem head-on.

"One of the risk factors for Hep A is travel to and from locations where the virus is endemic. Detroit Metro is an international airport," said Austerberry. "People come in and out from every corner of the world. When you add that fact to the number of restaurants and service employees, it made sense as an effective way to combat Hep A."

On January 8 and 9 of this year, more than 300 airport employees were vaccinated at the clinic. The effort did not go unnoticed. Jeff Walsh, the Director of Human Resources of Midfield Concession Enterprises, which oversees all concessions at Detroit Metro Airport, sent Carol and her team a letter of thanks for their support.

Per capita, Michigan has been the hardest hit state in the recent outbreak of the Hepatitis A virus. As the largest county in Michigan, Wayne County Health Department staff members are leading the effort to educate and immunize against further spread of Hep A. Since November, 2017, more than 1,100 people have received vaccines from Wayne County Health workers.