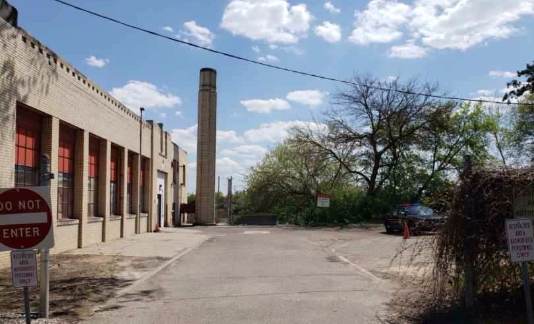 Few Wayne County operations are more important to residents than our park system. That's why we've undertaken a project, dubbed Mill Run, to rehabilitate three historic Ford Motor Company mills currently owned by the County. In addition to reopening the mills for public uses, the project will open to the public currently inaccessible green space, create new trail connections, and ultimately expand the size of Hines Park. Unfortunately some misinformation has been spread about Mill Run. We'd like to correct the record.

MYTH: Hines Park is for sale.

REALITY: The County is not selling Hines Park. Rather, our plans expand park acreage and identify ways to make the Park a more attractive destination for nature lovers, cyclists, runners, and history enthusiasts. Hines Parks' footprint is 2,300 acres. Wayne County is seeking development partners for four parcels of land totaling 21 acres. These 21 acres are former factory sites, with environmentally compromised, underused land that is inaccessible to the public. Three of the parcels have on it a run-down historic mill. The County's development partner would rehabilitate the mill preserving the mill's historical legacy while, at the same time, creating more publicly accessible green space. The first of these partnerships covering the Phoenix Mill property has an agreement that accomplishes these worthy goals. As we expand the public use of these 21 acres, Wayne County Parks and the Wayne County Land Bank are identifying parcels of County-owned land to add to Hines Park. So far, we've earmarked 16 acres of new land for in Hines Park and expect to identify at least 29 acres on new park land for Hines Park. The net impact of this project is a larger Hines Park.

MYTH: If the mills are sold, they're gone forever.

REALITY: The mills will remain where they are. Instead, however, of remaining run-down former manufacturing sites that are inaccessible to the public, under the development agreements, the mills will be rehabilitated and available for public use for the first time in 70 years. Any developer will have to agree protect the mill structures, create new trail connections on land where no curren bike or hiking trails exist and open green space that is currently inaccessible to the public. This can, only, happen by engaging development partners for the Mill Run properties.

MYTH: Nankin Mills is for sale.

REALITY: Nankin Mills is not for sale. It is the crown jewel of Hines Park and the headquarters for the Wayne County Parks Division. The Department of Public Services is investing more than $800,000 to renovate the Nankin Mills Interpretive Center, improve its animal habitats and fabricate new exhibits. Work is to start on this project in the coming months.


MYTH: The Parks millage could be used to restore the mills instead of selling them.

MYTH: These properties have deed restrictions and are integrated into Hines Park.

REALITY: The Ford Motor Company donated or sold these mill properties for $1 to Wayne County. There are no deed restrictions prohibiting the sale of these properties. They've never been programmed as public space by Wayne County Parks. Some of the land is even zoned by local communities as residential. While Wayne County has the right to sell these properties, Wayne County is only interested in selling to developers who will accept the development agreements that will increase public access to this land and preserve the historic mills.


MYTH: There is no information available on this project.

REALITY: Information on this project has been readily available. In addition to the public discussions about the Phoenix Mill sale during Commission sessions and committee meetings, Wayne County leadership has discussed this project with a local media and the County Executive has answered letters of concern from residents. Additionally, the Administration has met or communicated with local officials and more than 15 nonprofit organizations on more than 50 occasions to ensure this project is shaped by community input and support.

Please visit waynecounty.com/millrun to learn about the project, review public documents, and keep abreast of the latest developments. In the coming months, as redevelopment plans progress, there will be public informational meetings to discuss the project and seek input from community leaders, local elected officials, and residents.