Henry Ford purchased this site in 1920. It had been the site of the Phoenix Gristmill, built in 1840, and the Matthews Distillery. Both had burned down. Ford constructed a new building in 1922, designed by legendary architect Albert Kahn, beside the millpond of Phoenix Lake. The plant was unique in that it employed mostly women because Ford felt that women were more adept at assembling delicate electrical parts such as voltage meters, light switches, and generator cutouts.

Ford Motor Company deeded the property to Wayne County in 1948 after it moved these operations to Ypsilanti. Phoenix Mill has served as a maintenance facility for the County. For 25 years it served as the Wayne County Road Commission's sign shop and later it was home to Wayne County's Bridges Division.

In 2018, the Wayne County Commission approved a development agreement with Critical Mass, LLC to rehabilitate the building while respecting original styling envisioned by Ford and Kahn, incorporating public uses and interpretive space. In addition to reactivating the space and celebrating its history, the Phoenix Mill development envisions better connecting the Phoenix Mill site's green space with Hines Park trails and facilities. The project plan calls tangible steps toward that goal, including removing fencing that separates the mill from the park as well as adding bicycle parking, flower beds, improving public access to the river, and opening up the viewshed to Phoenix Lake. 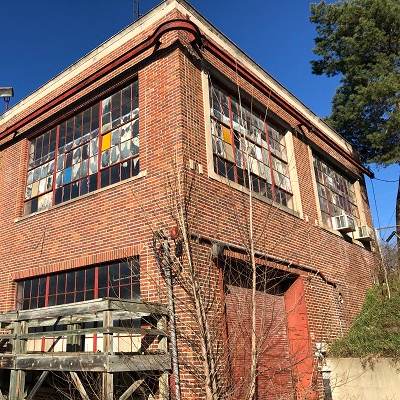 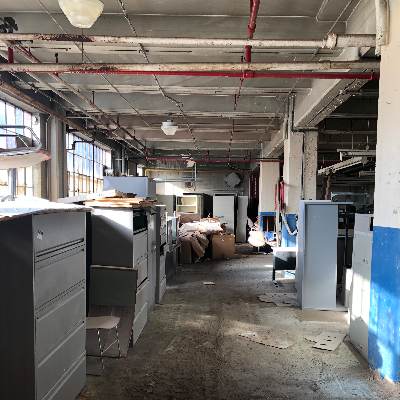 Phoenix Mill as it looked in December 2018. 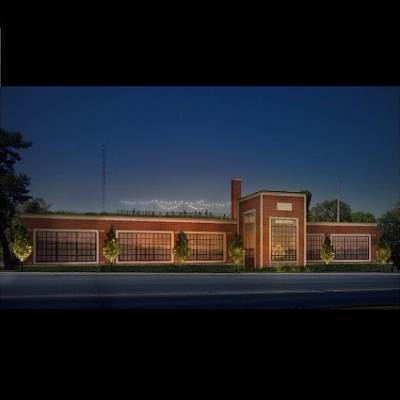 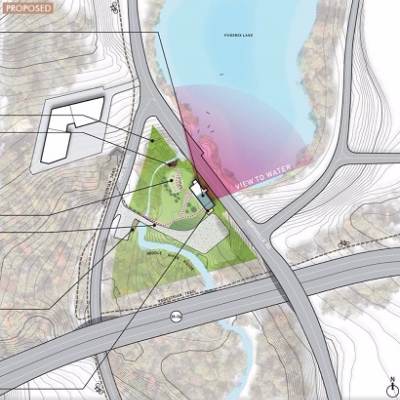 After Ford's tap operations were moved to Waterford, the company deeded the property to Wayne County in 1948. It has been a maintenance facility, a work station for the county's alternative work force, and a storage space.

The mill itself will be redeveloped in accordance with the Secretary of the Interior's Standards for Rehabilitation. Additionally, this potential development plan includes improved connections between Wilcox Mill's green space and Hines Park trails and facilities, as well as to surrounding neighborhoods. 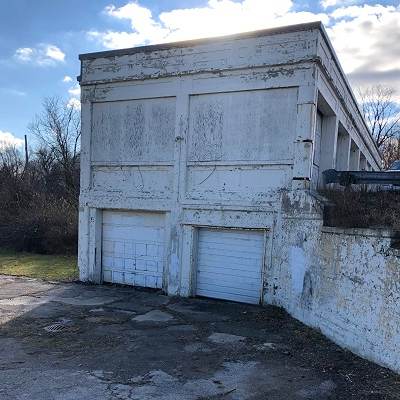 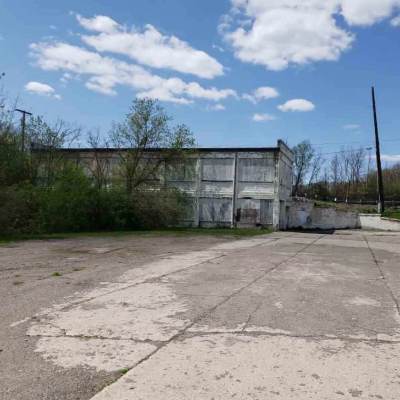 Wilcox Mill as it looked in December 2018. 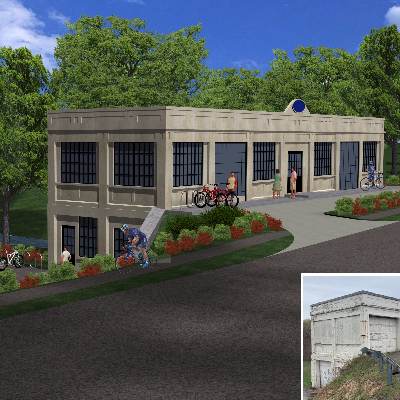 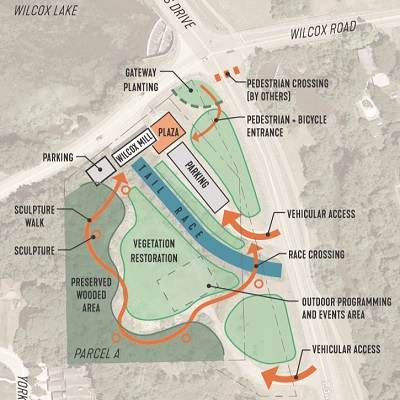 Artist's rendering of rehabilitated Wilcox Mill and property, based on a pending proposal from The Art Foundation. Images courtesy of Michael A Boggio & Associates.

Henry Ford purchased the old Newburgh Cider Mill in 1933 and razed the existing structure to construct a new building on the site in 1935. Local farmers and Rouge Plant workers were employed to build the new plant, which specialized in the production of twist drills and drill bits.

Wayne County, in conjunction with local stakeholders and community leaders, identified a rehabilition plan for Newburgh Mill presented by Newburg Mill LLC that will reactivate the site and celebrate its history through public interpretive space.The sale of the property and the Newburg Mill LLC plan was approved by the Wayne County Commission in November 2019.

The mill itself will be redeveloped in accordance with the Secretary of the Interior's Standards for Rehabilitation. Additionally, this development will better connect Newburgh Mill's green space with Hines Park trails and facilities and create new access points to the neighboring lake that has been historically blocked from public use. Newburgh Mill as it looked in December 2018. 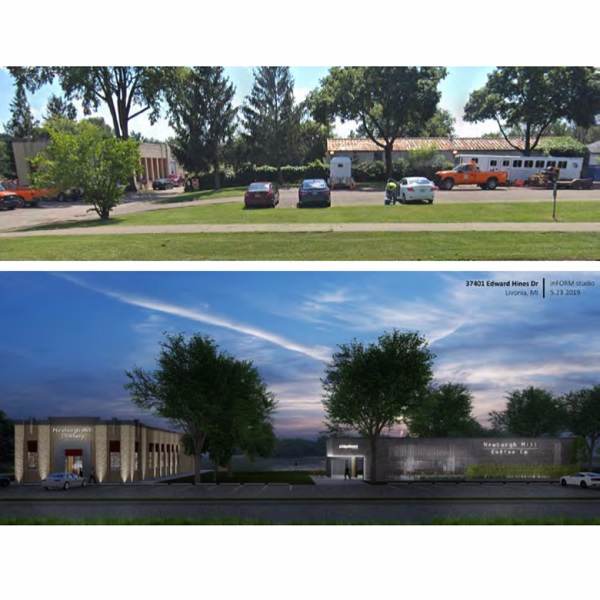 Artist's rendering of rehabilitated newburgh Mill and property, based on a pending proposal from Newburg Mill, LLC.