The Wayne County Commission and its employees are the legislative branch of county government. The chief role of the commission is to adopt a budget and enact ordinances. The commission also approves contracts, appointments and rules. The money is spent and ordinances are enforced through the administrative branch. The 2018-19 fiscal year's $1.61 billion budget runs the county operations that serve the more than 1.8 million people living in Wayne County.All Wayne County Commission meetings, as well as the budget sessions, are open to the public. The commission meets on the first and the third Thursday of the month at 10:00 a.m. in its chambers on the mezzanine level of the Guardian Building, 500 Griswold, Detroit. In addition to the full body, the Commission has eight standing committees, along with special committees and task forces.Wayne County, the most populous county in Michigan, is divided into 15 districts, and commissioners are elected every two years in even-year elections.For an explanation of how Wayne County government is structured, how it works and what it does for you, read "A Citizen's Guide to Wayne County Government, 2019-20 Edition." HOW TO FILE A COMPLAINT WITH THE WAYNE COUNTY ETHICS BOARD

To determine whether the behavior or actions about which you wish to complain would fall under the jurisdiction of the Ethics Board, please review the Ethics Ordinance (Wayne County Enrolled Ordinance 2014-734).

The form must be signed and notarized.

View past Ethics Board board meetings

Statement from Wayne County Commission Chair Alisha Bell on the passing of Congressman John Lewis
'Our nation has lost a civil rights champion. John Lewis was an apostle of nonviolence who often was found leading the bloody campaign to end Jim Crow laws.' Click below for full statement. 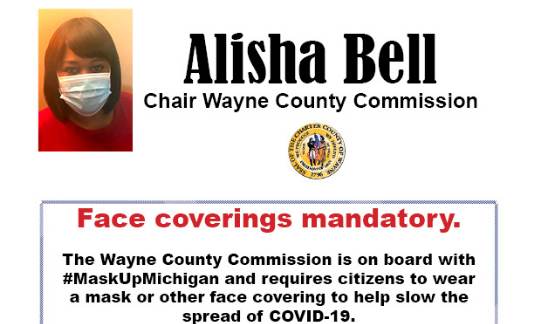 Commission Chair Alisha Bell calls on Michigan to 'Mask Up'
Face masks are now required in all indoor spaces and crowded outdoor spaces in Michigan per order of Gov. Whitmer. 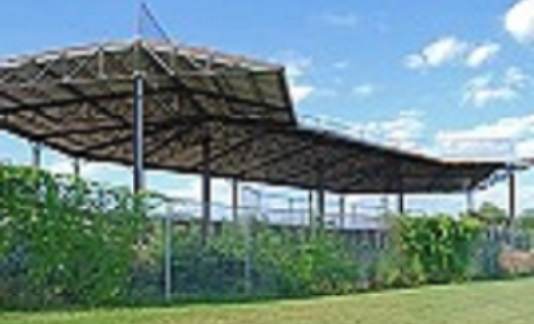 Historic Negro League ballpark to receive nearly $500,000 facelift via federal grant
Hamtramck Stadium, the historic ballpark where baseball Hall of Fame members Turkey Stearnes, Josh Gibson and Satchel Paige and many other Negro League legends once played, will receive a facelift of nearly $500,000 through a National Park Service grant. Note: Meetings will be held eletronically and can be accessed by the public via Zoom. See agenda for details.

Meeting of the Full Commission